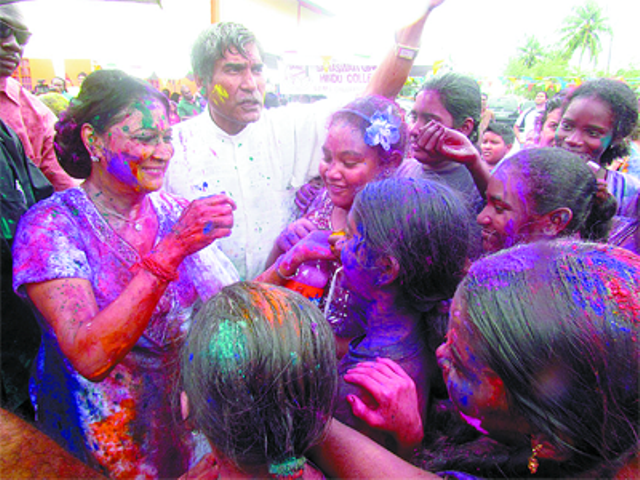 PORT-OF-SPAIN, TRINIDAD/TOBAGO, February 18, 2021 (HPI by Paras Ramoutar): The National Council of Indian Culture (NCIC) will host its first international virtual Phagwa conference in Trinidad on the weekend of March 13 and 14. The NCIC is the epicenter of all the major Hindu religious, cultural, spiritual and social activities, since its formation in 1964 here. Sixty-five international scholars and researchers from India, Fiji, Mauritius, South Africa, Suriname, Guyana, the US, Jamaica and Trinidad and Tobago will present their findings in 13 panels during the conference to be held at the NCIC Nagar headquarters at Chaguanas, according to Surujdeo Mangaroo, public relations officer. Mangaroo said this is the first time that such an event is being hosted in any part of the world.

Mangaroo said the conference aims to bring together scholars and researchers to engage in global dialogue on the Phagwa festival and to create a wider awareness of the festival. Phagwa or Holi as it is called in urban India, has been an integral part of the lives of the diaspora of Indians all over the world where they have settled. Apart from national celebrations in India, it is celebrated annually in most areas of the Indian diaspora in North America, Europe, New Zealand, Fiji, Mauritius, South Africa, and the Caribbean. In Guyana, it is observed as a public holiday. Phagwa is a Hindu festival observed in March, celebrating the end of winter and the onset of spring in India in the month of Phagun in the Hindu calendar.

The conference will take place via Zoom from 8 am on both days. It is free and open to anyone to attend by signing in at “source” above.