HOW HINDUS CAN SPELL “SUCCESS”

Rather than winning spelling bees, our Hindu youth can be guided to learn about their heritage 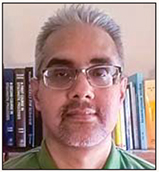 FOR SEVERAL CONSECUTIVE YEARS, a Hindu American contestant of Indian origin has won the National Spelling Bee in the United States. Preparing for this competition is undoubtedly no small task. Contestants study for hours each day over several years. The champion, who must be 14 or younger, receives $40,000 in cash along with other prizes. The second- and third-place winners also receive large sums, and other contestants win prizes as well. The social and media coverage from these victories reinforces positive stereotypes of a hard working “model minority” group committed to academic excellence and professional success. So what’s wrong with this picture?

The Indian Hindu community in the United States are relative newcomers. As with any new immigrant group, their children face challenges of assimilating into their new country and culture while maintaining an Indian and Hindu identity at home. Unfortunately, many parents have been ill-equipped to help them do so. Hindu children have been taunted about their religion with notions rooted in false stereotypes, and have been made to feel ashamed of their Hindu identity. In school curriculum nationwide, textbooks inaccurately portray Hinduism as a religion of oppression, superstition and blind ritual, thus furthering their embarrassment.

Due to these and other negative experiences, the Hindu collective identity is not as strong as it could be, with perceptions of Hinduism in the mainstream commonly negative or wholly inaccurate. Other minority groups have been quite successful in advancing their interests in the United States. The Jewish community, for instance, has achieved disproportionate success across the board. So how can Hindus more effectively advance their own interests as others have? For the short term, the Hindu community must realize that it is absolutely worth it to take Hinduism and its collective identity more seriously. As the United States becomes more religiously diverse, being proud of one’s religious identity and boldly asserting it is seen as a strength. Many Indian Hindus have not understood this and are reluctant to even admit they are Hindu. This shame and embarrassment is no longer necessary. Societal attitudes towards Hindus are becoming more positive and we need to take advantage of it by being unapologetically proud of who we are.

For the long term, Hindu parents need to stop over emphasizing things such as spelling bees, which do little to inculcate Hindu values, identity and culture in their children. Instead—just as there are circuits to prepare children to compete in spelling bees and other subjects­—parents should develop circuits to train youth in Hinduism. There is certainly no shortage of topics for Hinduism competitions, which would be a much better use of time than spelling bees. Youth could study the Vedas, yoga, tantra, ayurveda, the Mahabharata, the Ramayana, the Puranas, Sanskrit, Vedanta and more.

If we can give youth a reason to do their own research about their religion—in this case, by offering prizes at Hindu-based competitions—it would benefit them immensely. In school, they will be better prepared to explain Hinduism to their teachers and classmates with confidence. As adults, they will be well-informed and able to represent the Hindu community in a variety of settings, protecting it against bias, prejudice and other distortions. Additionally, with a solid basis for their opinions, they will be able to participate in geopolitical discourse involving Hindus around the world. This is how Hindu Americans should spell success!

This site uses Akismet to reduce spam. Learn how your comment data is processed.

We use cookies on our website to give you the most relevant experience by remembering your preferences and repeat visits. By clicking “Accept All,” you consent to the use of ALL the cookies. However, you may visit "Cookie Settings" to provide a controlled consent.
Cookie SettingsAccept All
Manage consent